Natural Mind Hypnotherapy is conveniently situated halfway between Poole and Bournemouth. With ample free parking and easy access from Ashley Road, the journey to your session can be a stress-free one. Still don't want to travel? Why not talk to me about my Skype sessions?
Tel : 0798 444 1710 BOOK FREE TELEPHONE CONSULTATION

How To Overcome Fear Of Flying

How To Overcome Fear Of Flying

Overcome Fear Of Flying with Hypnotherapy

As a Bournemouth hypnotherapist specialising in anxiety, I see quite a few people in the summer for fear of flying. It’s a common fear and I have heard plenty of stories from clients who told me during their first hypnosis session that a particular traumatic flight many years ago had stopped them getting on a plane for many years afterwards. 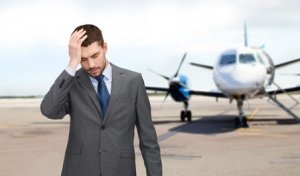 I recently saw one lady who would still get on the plane for the sake of her children but experienced severe anxiety symptoms including shaking, sweaty palms, being incredibly tense and feeling tearful and out of control. Like other types of anxiety, flying phobia doesn’t just affect the sufferer during the flight but also during the period leading up to and before the flight home.

At my hypnotherapy clinic in Bournemouth in Dorset, clients tell me that it is this intense anxiety in between the flight that reinforces the fear and makes it impossible for them to really relax and enjoy their holiday.

For some sufferers, a fear of flying leaves them with a feeling of dread whenever the subject of traveling comes up. Holidays become less about relaxation and enjoyment and all about stress, tension and a stong urge to just stay home!

Why is willpower powerless in controlling fear of flying?

Even though they are gripped with fear, many flying phobics still force themselves to fly. They are determined not to pass their fears onto their children and usually know all the logical and rational stuff such as ‘flying is the safest form of transport’ and that turbulence is a normal and natural occurrence during a flight.

This doesn’t always help though because the anxiety people feel seems instant and uncontrollable. Like a panic attack that grips the sufferer, there is often an intense urge to get off the plane and escape. And the reason that this intense fear is so hard to control is because it is triggered mostly by the subconscious mind.

With flying phobia there is usually(but not always) a triggering or initial event that frightened the person. Perhaps it was a bout of severe turbulence, a period of panic or being out of control or maybe a flight on which the sufferer saw someone else panic or be sick.

Fear of flying phobia – A learned behaviour which can be unlearned… 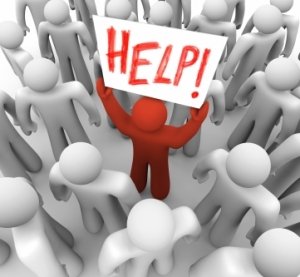 For example, with one client I discovered that the flight that had initially triggered or ‘seeded’ a fear of flying was not the one where there had been turbulence but a flight where she had had to look after her best friend who had been feeling unwell and panicky.

Talking about this flight, my client couldn’t remember being consciously scared but it seemed her subconscious mind had decided otherwise.

On her next flight the turbulence lasted longer and her initial doubts about flying were reinforced with each bump and jolt. Her subconscious mind now had enough information to make a new conclusion- that flying was both stressful and dangerous.

When the mind is scared, stress hormones are produced, including adrenaline which coincides with the well-known, fight or flight response. When my client walked onto the plane, her mind was doing its best to help her avoid or prepare for any potential danger by producing these symptoms of anxiety. Sweaty palms, elevated heart rate and being lighheaded are further evidence to us that we are scared or anxious.

These feelings of panic are triggered and released often just before conscious awareness which is the reason people with flying phobia find it so difficult to control their fear using mere willpower!

Hypnotherapy for fear of flying

Hypnotherapy is an effective solution for fear of flying because it helps sufferers to release the stress and fear connected to flying. Hypnotherapy for flying can completely resolve a fear of flying, not just help someone manage the fear.

Through hypnotherapy, I help clients use the power of their imagination to think differently about flying. If there is a negative experience from the past, I help them construct a more relaxing, more rational ‘mental movie’ which can completely replace the old program of fear and anxiety.

For one client, we went through a proven and powerful technique called the ‘Rewind’ technique whereby I had her ‘rewind’ the unpleasant movie she had previously been playing in her mind about flying.

She imagined himself watching a mental movie of everything that had happened on the flight but this time from a distance away and in black and white. Within 5 minutes, she had reduced her perceived fear. I then helped her reverse the ‘movie’ from the end to the beginning.

My client was amazed at just how easy she was able to rewind everything back, so that the whole memory took on the same comedy value as a Benny Hill movie. I even played the Benny Hill soundtrack to help her really get into the experience. Weird? Slightly. But it is surprisingly effective!

Once my client was able to laugh at the old, anxious memory of her being scared, she was able to overcome the problem permanently.This happens almost every time. When the person thinks about flying they find it really difficult to feel the same way about it, however hard they try.

This was what that same client said to me after she returned from a recent flight..

‘Hi Kristian, I just wanted to say thank you for everything. I can’t explain how much it helped! I was absolutely fine with the flight. You have made my holidays so much more enjoyable!’

Sometimes flying phobia can be resolved in as little as one to three sessions.If the person has agoraphobic tendencies or a more general fear of loss of control it can take a little longer. 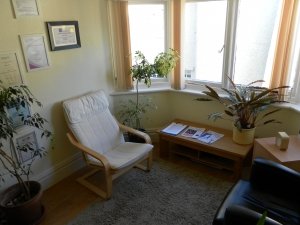 At my hypnotherapy clinic in Bournemouth and Poole, clients learn how to feel more relaxed, resilient and in control no matter what life throws at them. They report feeling calmer and happier. Problems sleeping or relaxing just fade away once they discover simple and effective techiques to calm the mind and focus naturally on the positive.

If you would like to learn more about whether hypnotherapy can help you overcome fear of flying, please take that first step and get in touch using the contact page today.

You can also enjoy a free anxiety tip sheet and relaxing hypnosis audio by folowing the free gift link at the top of this page.

About the Author: Kristian Lees-Bell

I arrived at Kristian’s office about two months ago. I was extremely troubled because of some problems and thoughts I couldn’t get rid of. They were preventing me from enjoying and getting on with my life. I was losing my grip. In just two months however, hypnosis has given me the tools to tame my mind and succeed at looking at life from a very different perspective. It’s astonishing how easy and quick one can evolve once they know the appropriate tools. I am leading myself to a completely different point where I am starting to be in control of my mind, and therefore my life.
Claudia, Anxiety Patient